With 3,754 gifts distributed this past Holiday season to lone or isolated people living with HIV-Aids, we can say that the 2012 campaign is a well deserved success.

Indeed, despite the weather that limited the number of kiosk days at Marché Jean-Talon and despite a difficult economy, we managed to raise the number of beneficiaries compared to last year. This  happened because  we worked extra hard to reduce the procurement costs for the gifts and could count on the renewed support of Marché des saveurs du Québec, Produits de papier Paramount, Transport Robert, Jouets Choochoo, Canus (Caprina) and MVT Transport Conseil.

As well, for the 8th consecutive year Collège Jean-de-Brébeuf was our best ally, hosting the over 200 volunteer wrappers who formed our brigade. 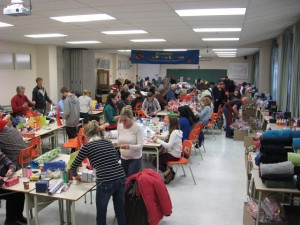 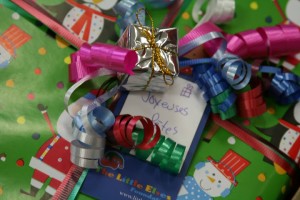 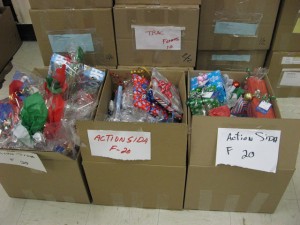 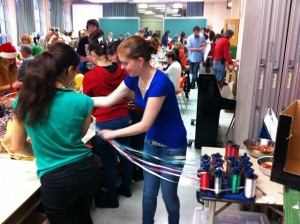 In the name of the thousands of people, young and old, who were able to unwrap a lovingly wrapped package this Holiday season, we say a BIG THANK YOU to all who, by donating time or money, contributed to our 2012 campaign.